ZeroGravity Films produces documentaries and features about world culture, the arts and politics.

Ron Wyman has spent over three decades as a film maker and has also worked as a DP and editor on feature films. He is an award winning DP/Producer/editor of documentaries and worked freelance for the CNN political division for 16 years. He has also worked for Michael Moore’s “The Awful Truth” and “Politically Incorrect” with Bill Maher. 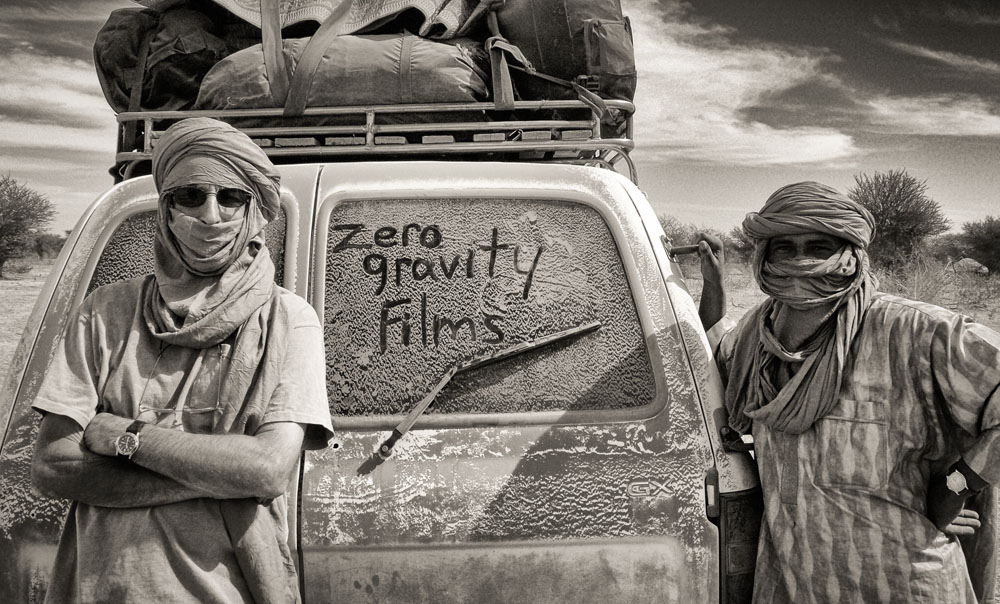 His feature documentary, “Agadez” follows Tuareg nomads of the Sahara Desert and profiles the extraordinary Tuareg guitarist, Bombino. While shooting the film, he also produced Bombino’s acclaimed first album, “Agadez” which launched Bombino onto the world stage. His second album, “Nomad” was produced by Dan Auerbach and was released on Nonesuch Records in 2013, and his latest album “Deran”, recorded in Casablanca, was nominated for a 2019 Grammy.

A new film project is in development in partnership with Tunde Jegede, titled “The River Niger Project”.  It will explore the music culture along the Niger River and will feature many of the legendary musicians of West Africa and Europe.