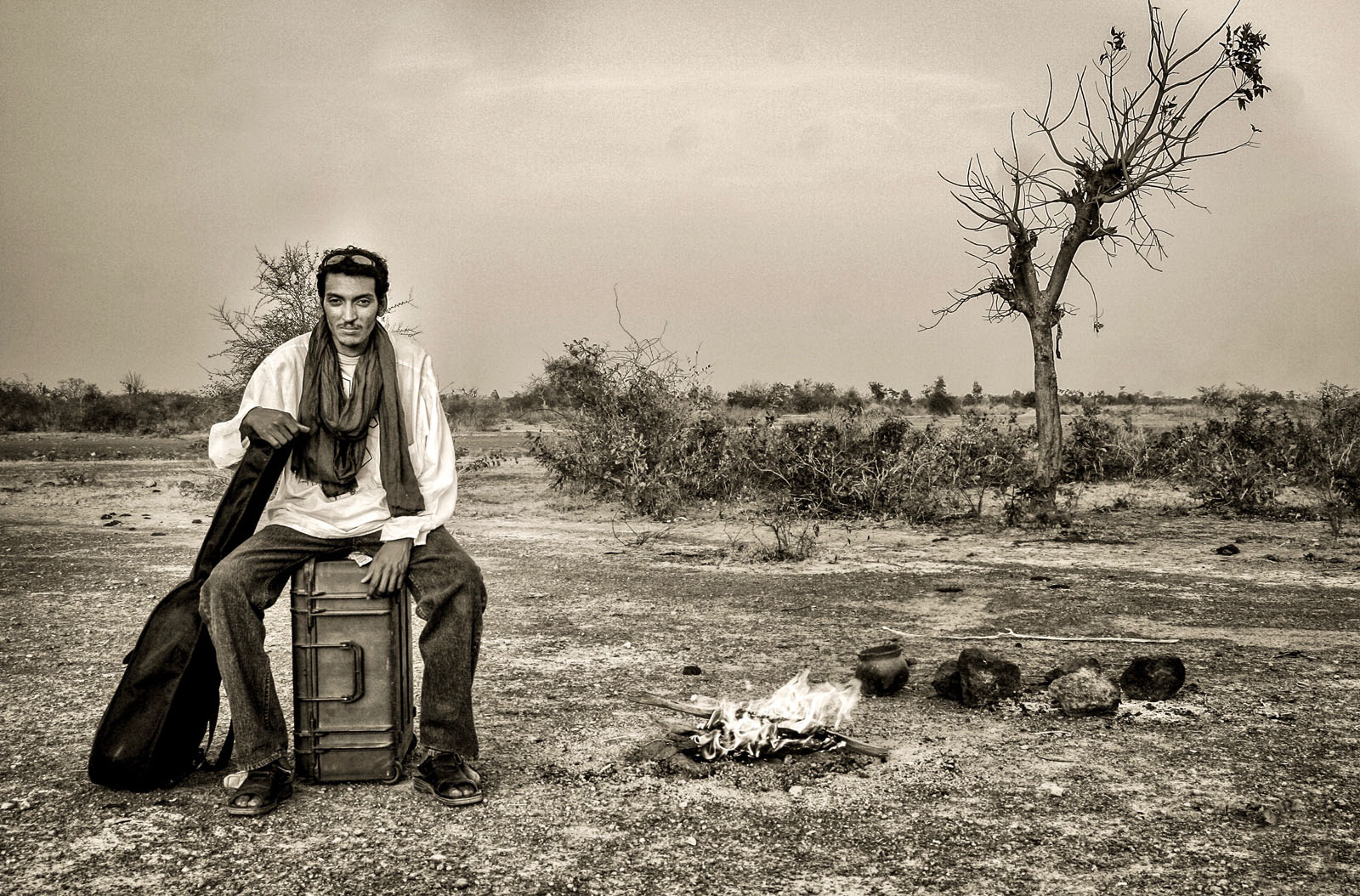 I first heard some “home” recordings of Bombino while shooting a film about Tuareg nomads in northern Niger.  His music became the soundtrack of the Sahara for and I became determined to track him down and include him in the film. A year later I tracked him down in Burkina Faso where he was in exile and started filming with him. A year after that and once it was safe for him to return to Agadez, we rented a house there and recorded his first album titled “Agadez”. He and his music became the feature of the “Agadez” film. Once we finished the album and the film, it took little time to find him a major record contract and he exploded onto the world music scene. After extensively touring the world and three albums later, he was nominated for a Grammy award in 2019.